Oftentimes when trends spread like wildfire around the world, there is great deal of misinformation, or lack of understanding around them. Unfortunately, many trends these days include the use of some of the worlds most sacred and medicinal plants; many of which are threatened or even endangered, whether in the form of essential oil, incense, herbal medicine, or even picked up by large companies in the food and beverage or fragrance industries.

This is a tragic reality that so often disrupts native plant ecosystems to the point of endangerment, which also affects many Indigenous peoples who have held certain plant species in a sacred light for thousands of years. In these scenarios, not only are wild plant communities put in danger by growing demand, illegal harvesting, and environmental changes, but they also put in danger the traditions of Indigenous communities who stand by and watch their sacred plants struggle in the wild in the face of mainstream consumerism.

White Sage, Salvia apiana, is one of the most well known sacred plants of various Native American tribes. This plant is highly medicinal, and is most widely known for its use in the Native American smudging ceremony. Over the past few years, White Sage has grown immensely in popularity around the world, putting a great deal of strain on its wild populations.

Our incense company, Higher Mind Incense, offered White Sage incense for many years. We had a strict stance on sustainability and only sourced plant material from private lands in accordance to sustainable and ethical wild harvest practices. We also shared important knowledge about sustainability and plant stewardship around this plant with anyone who purchased it from us. As soon as we discovered White Sage was beginning to struggle in the wild a few years ago, we discontinued offering it immediately.

After speaking with officials in Southern California a couple years ago I discovered the reality of the situation at hand. Due to the illegal over-harvesting of Saliva apiana in recent years in combination with increased, devastating wild fires on White Sage lands in Southern California, concern for the commercialized harvesting and distribution of White Sage grows as the wild populations of this species shrink in size.

Many Native American communities are requesting at this time that non-native peoples stop harvesting this plant from the wild altogether. As Native Americans have been the caretakers of this plant and the lands it grows on for countless generations, it is important that everyone respect and honor their request.

A majority of White Sage on the market is illegally harvested from public lands, and often from private lands by trespassers who do not have permission. White Sage is protected by law on public lands (regulation 36 CFR 261), and there is no permit granting permission to harvest it on public lands. There have been arrests of non-natives who have broken this law over the past few years. The only way White Sage can be harvested legally from the wild is if people get permission to harvest from private lands. Native peoples however, have legal rights to collect and use White Sage ceremonially in certain preserves around southern California, as they have done for ages.

The scale of commercial trade of White sage Is alarming, and the mass underground illegal harvesting that supports commercial trade is by no means sustainable or ethical. In most cases, a group of people will fill up army backpacks or duffel bags with 100 pounds of plant material per person, taking more from each plant than it can handle, causing harm or often destroying the plant.

Most metaphysical shops and online retailers purchase their White Sage from larger online wholesalers who hire teams of harvesters to supply the demand. These wholesalers often falsely claim their products are wild harvested “sustainably”, which in turn the small shops claim as well. This only creates misunderstanding for the consumer who thinks they are supporting good efforts when in fact the opposite is true.

In very rare cases, like in that with our company Higher Mind Incense, will a small company, shop, or online store actually have a person to person relationship with a conscious harvester who practices true sustainable harvesting methods and plant stewardship, who also legally harvests White Sage on private lands. There are a handful of farms that grow small amounts of White Sage supplied to shops for retail, but their harvests meet just a very tiny sliver of the market demand (less than 1%). At the same time, it’s incredibly difficult for the consumer to track down which stores support these farms.

To make matters worse, the spotlight placed on White Sage from large corporations like Walmart, Urban Outfitters, and even amazon.com, who have begun selling “smudge kits” and “cleansing kits” containing White Sage, only continues to move us in the wrong direction. Not only does this immensely increase market demand and reduce our remaining plant communities, but it also promotes a watered-down version of a very sacred Native American ritual, offering little to no real explanation or understanding to consumers who think they’re simply buying a cool novelty item they found next to synthetically fragranced candles made in China in the candle isle of Walmart. Luckily activist groups have been successful in adding pressure to stores, which a few have removed their “spiritual kits” from their shelves in response.

Where do we go from here?

When people use a sacred plant for a spiritual purpose, like burning White Sage in a smudging ritual, if the plant they’re using was harvested illegally behind the backs of the cultures whose spiritual traditions that person is borrowing, wouldn’t you think it completely goes against their good intentions?

I believe that the way forward is to first heed the requests of Native Americans to stop the wild harvesting of this most sacred plant. We need to pay attention to the signs nature is showing us. Does a species really need to be placed on the endangered list before people decide enough is enough? Or can we act accordingly and responsibly with foresight to prevent further devastation and promote a sense of plant stewardship?

Thankfully, many small shops have decided to stop carrying White Sage this year. Moving forward however, it is crucial that if you have a relationship with White Sage already and are looking for a sustainable source that you ask any company you might purchase from where and how their White Sage was harvested. If not from private lands with permission and truly sustainable methods, then do not support them. We really need to put the pressure on stores who are not aware of their destructive impacts.

Above everything, the most responsible solution we have to take the strain off of wild White Sage populations, avoid the supporting of law breaking, and respect Native American peoples is to grow your own Salvia apiana at home! There are many websites that sell cultivated White Sage seed that you can easily grow in your garden or greenhouse, and websites who share cultivation and harvesting tips you can easily find in an online search.

*If your White Sage source is not from private lands with granted permission, you’re likely participating in illegal activities.

*Do your research and learn more about the cultures who carry the smudging ritual.

*There are many other herbs that different cultures around the world have smudged with for ages. You can research your own culture’s traditional smudge plants and build a personal relationship with them.

*Question stores who sell White Sage, “sustainable” or not.

*Understand the whole picture with any other sacred plants you use as White Sage is not the only plant struggling in the wild at this time. Consciousness is key in the world of plants. Be informed. 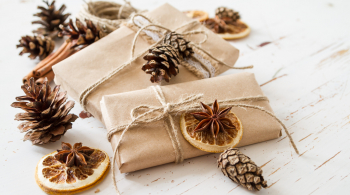 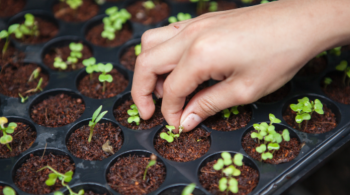 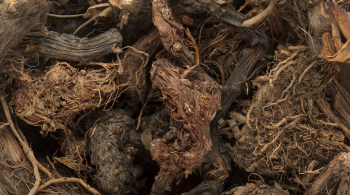